May God save the Queen

As in September we're going to go in England, exactly Hatfield, near London, I have to train my old English.

I've studied English only at school, and I was a perfect student (Once I happened to take as a vote 10!!!), but now, ten years later... I have some problem, as I don't have usually the chance to talk it.
Infact just for writing this post, I can't hide that I've used a little bit of Google Translator.
I'm ashamed.

I can't believe that I will take some pictures of my little Ivan, in Piccadilly Circus.. or near one yellow cab.. or in Camden Town! Or even near the River Thames.. or the London Eye.. the Tower Bridge..
Well.. I do not know if we'll be able to do all of these thing.. London is big.. however we'll try.. we'll be there, and that's what matters!!!

London, plase, wait for us.. we'll be there in September!!!! 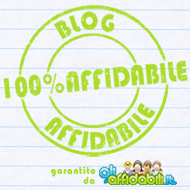